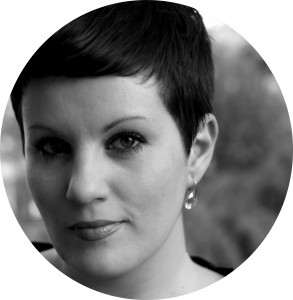 “I always wonder about a perfect description of oneself. Some believe you should start a page of this sort with a mere description of what you do. But does a mere naming of one’s occupation really do the job, even if the presentation is actually targeted at a professional crowd? I believe there is much more to it, since all the bids and angles of one’s personality define who you are and where you are heading in professional terms.”

Since I am not set out to bore you with a detailed chronicle of my life, here comes a condensed, but “pretty much it” version:
– 80s-90s: born and raised in Soviet Union with mixed Russian, Ukrainian, Polish and Jewish ancestry
– 1993: while the EU was planing to diminish the state borders, ended up behind a newly elevated post-Soviet border in Kharkov, Ukraine
– 1999: studied Law for a while with a naïve hope to “help people”, quickly realized, however: law – not so much for helping people, especially in Ukraine. Also realized: I was out of place – too many borders, too many restrictions
– 2002: moved to Germany to pursue a degree – finally felt not “out of place” anymore! Have to admit, I am one of those school-loving geeks…
– 2002 – 2010: worked hard, came to know lots of people with the most diverse backgrounds, discovered new worlds, new personalities, new places, so many stories, so many lives. Enjoyed every bid of it.
– 2007: committed my heart for ever to my wonderful husband Florian
– 2010: graduated with Honors as Magister of Arts in English, American and Slavic Studies (no, it is nothing like learning languages at high school). Specialized in particularly nerdy stuff such as linguistics.
– also 2010, what a fruitful year! After 27 years of tireless search found one and only motherland in the great city of Hamburg
– 2011: started a career in Public Relations – communicating, writing, editing, designing, creating, imagining and realizing the carefully planned!
Thinking: “Boooooring”? – please go back to Blog or check out Photography & Galleries – pictures need no words.
Thinking: “OMG, give me more of that!”? Here comes a much longer “professional” version: